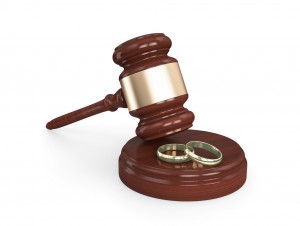 There is a large number of people in this country who do not believe in same-sex marriages. So what happened to them? Does Christianity become criminalized if you stand on your deep seeded beliefs? Now we have the problem with the Texas County clerk that was placed in jail for refusing to issue same-sex marriage licenses. Her argument was that there is a lot greater than the Supreme Court. But let's say you don't believe in God, Do you believe what the Supreme Court did was correct, yes or no and why or why not? Normally, court decisions are based on precedents. When there is no precedent, then you need to go by what the framers of the article intended. Both the 5th and 14th amendments which normally deals with the individual rights ratified before 1868. Does anyone believe that the original intentions of the writers of these amendments include it protections for homosexuals? That would be ludicrous to say so. It did not even include protections for women to vote, which is why the 19th Amendment was later passed. Do you notice the pattern? A Constitutional Amendment is passed, not courts making crap up out of thin air and saying this is the law. What about Obamacare, which basically states that every citizen must purchase something, in this case healthcare. So since now that the federal government has told everyone that they should buy health care, what's going to stop and tell you that you have to purchase something else? Soon, everyone will be ordered to buy horse manure because it will help reduce our carbon footprint. No some people may say because the Supreme Court ruled it is the law and it is just. We will get to whether these two Supreme Court ruling's are just or not any minute. Now again dealing with the issue of same-sex marriage, and I guess you can also lump healthcare into this. Is it right for the federal government to dictate to all people that same sex marriage is legal and they must buy health care or is this the right of the states? How about the 10th amendment which basically states that if a power is not given to the federal government  reserved for the states and the people. So there was nothing that specifically orders a person to purchase something and since the 5th and 14th amendments were written before 1870 we can safely assume that homosexual rights were not included. So does that mean that this can never change? Of course not. There is a process in place to change the constitution either at the federal level or at the state level. What the people who are both pro national healthcare and pro same-sex marriage do not understand, is that these two rulings has opened up a Pandora's box. What's to say if a Supreme Court without the beliefs of the two ruling mentioned are eventually appointed. Then they could theoretically pass rulings completely removing these two rulings but also making rulings that are completely against the thinking of liberals. Such as the abortion ruling is flawed so now all abortions illegal. Or the ruling to take prayer out of school is flawed so then prayer will be put back in school. It's not that I agree with those rulings either, what I'm discussing is when the Supreme Court takes it upon itself to rule without precedents and without the intent of the authors of the amendments, it creates havoc and removes the rule of law. I totally knew a crap storm was going to develop over same-sex marriage ruling. And just in case a reader here says "well too bad the Supreme Court ruled". Well have you ever heard of the Dred Scott ruling (in 1857)? Dred Scott  (a slave) had sued claiming since he and his owner became a resident of Illinois, a free state that he was free. The Supreme Court ruled that since he was property he did not have any due process rights. So to say the Supreme Court is infallible is ridiculous. Which is why it is so important for them to rule by precedents or original intent. Just to show you how dangerous Supreme Court ruling on gay marriage is. After five years of Dred Scott, this nation erupted into Civil War.   Yell at me Go back to the Home Page.